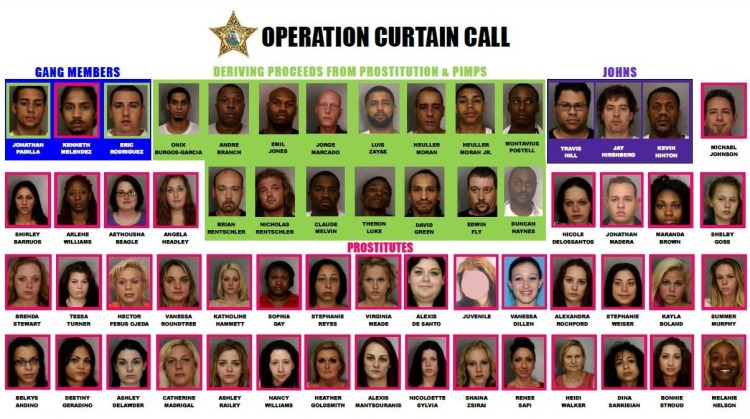 In Polk County, Florida Sheriff Grady Judd, one of my favorite sheriffs, announced that 60 people were arrested in a prostitution sting dubbed Operation Curtain Call. The majority of those arrested were through the Village Voice Media-owned backpage.com.

Among those arrested was a 25-year-old woman who was 5 months pregnant and a 15-year-old girl who had her pimp waiting in the car along with her 2-month-old baby daughter. Defenders of prostitution would probably have you believe that she was there willingly I’m sure.

Still, Backpage insists that there isn’t a problem.