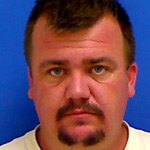 Zahra’s Father Says He Wants Justice For Her:

Adam Baker, the father of murdered and dismembered 10-year-old Zahra Baker, says he wants justice for his daughter’s death. He also wants his former main squeeze, Elisa Baker (aka the Sheen-Cow) to get what she deserves.

While I’m all for the Sheen-Cow being sent to the farm upstate so to speak if Adam Bake wants real justice he needs to only do one thing. Confess.

I have no doubt that Adam Baker has some knowledge of what happened to his daughter and probably some involvement. Cut your losses for your daughter. Go to police and tell them everything. Yes, you will probably go to jail but if you’re not the actual killer you need to do whatever it takes to see that Elisa Baker gets all that she deserves.

Thanks to Jade for the tip.