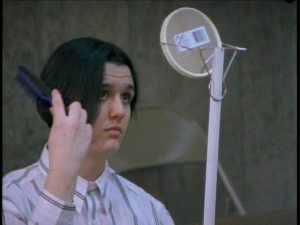 How does my hair look?

It seems that 2011 is shaping up to be the year that child killers are released. First Casey Anthony gets off then the West Memphis 3 are released. What’s next? Will Wayne Williams be released?

Let me reiterate on why I think the West Memphis 3 are guilty. The first reason is that to me the West Memphis 3 fit the profile of school shooters. If they were born just 5 or 10 years later I think they would have been prolific school shooters. Damien Echols is their Eric Harris and Jessie Misskelley and Jason Baldwin are the Dylan Klebold-like sycophants. The second reason is that Damien Echols was a known animal abuser who not only bragged about killing animals but a witness even testified about how Echols violently killed a sick dog. Next is the fact that during testimony Echols testified how he would have committed the killings if he was the killer. Kind of like that book OJ Simpson almost put out called “If I Did It”. You’ll notice that those details were left out of the ‘documentaries’. Speaking of OJ much like that case there is no ‘real killer’. The West Memphis 3 supporters can’t decide if it’s the mysterious Mr. Bojangles, Mark Byers who is now a supporter of the WM3, or Terry Hobbs. It depends on which one of the supporters you ask and how well they’ve been paying attention. Notice I made no mention of anything even remotely occult related.

Much like other teen killers that I’ve posted about Echols has always maintained that it’s everybody’s fault but his that he was in jail. “Arkansas is too Christian, we look different, wah wah wah.” But Damien Echols is one hell of a showman because he has just about everybody fooled. In my opinion, Echols is the second coming of Charles Manson. Scratch that, he’s better than Manson because not only is he basically getting away with killing three children he got thousands of more people to follow him than Manson did. Rather than trying to convince everyone he was superior he preyed upon their emotions and most of you have fallen for it hook line and sinker. Including such ‘celebrities’ as Johnny Depp, Natalie Maines, and Eddie Vedder. Remember people, they are celebrities, not PhDs.

It’s that cult of personality that Echols has culled over the years combined with the ‘CSI Effect’ that has led to their recent release. It’s my opinion that because of all the attention and misinformation about the case that if they were to be tried again they would not be found guilty so they offered the deal that allowed them to be set free.

374 thoughts on “Damien Echols has fooled you all”