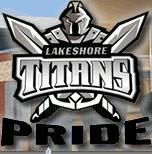 It seems that the so-called Zero Day plot against Lakeshore High in Louisiana wasn’t that close to coming to fruition. The only weapons police seized were BB guns. The trio was allegedly going to steal a cache of weapons they say existed but it’s unknown how secure the weapons were. At this point, I would lose interest in this story but something interesting occurred that grabbed my attention.

According to police the mother of Todd Singleton not only deleted the Zero Day Facebook page but also destroyed her son’s computer before police could seize it as evidence.

That’s worse than ‘Not My Kid Syndrome’. That’s being complicit in a crime. Now we’ll just have to wait and see if the Tammany Parish prosecutors have the stones to bring evidence tampering charges against her.