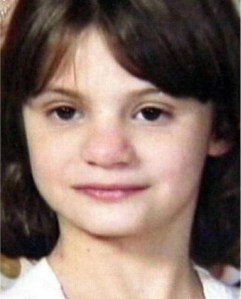 The Charlotte Observer is reporting that the skeletal remains of Erica Parsons have been found. Erica went missing in 2011 from her home in Salisbury, North Carolina, but wasn’t reported missing for two more years. Her adoptive parents, Casey and Sandy Parsons, have claimed that Erica went to live with her biological grandmother in Asheville, North Carolina. They were convicted of fraud and are currently in prison. Casey Parsons always maintained that Erica was alive even once saying that she would travel to New Orleans to find her. At the time I sarcastically asked if she would be traveling with OJ Simpson on his trek to find the ‘real killer’.

Erica’s remains were found in Chesterfield County, South Carolina, not too far from where Sandy Parsons’ mother lived. It’s rumored that Sandy Parsons had been talking to authorities while in prison but its unknown if he told them the location of Erica’s body. When the Parsonses were sent to prison after their fraud convictions I wondered how long it would take for one of them to turn on the other. No cause of death has been discussed, but authorities will be holding a press conference next week, although it’s doubtful they’ll have that information at that time.

My prayers and condolences go out to the true friends and family of Erica.

UPDATE 10/1/2016: No charges have been filed against the Parsonses yet as the investigation is still ongoing.