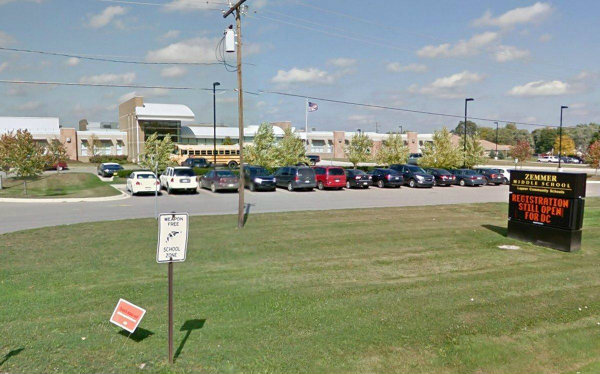 Back in February, three teens, two aged 14 and one 15, were arrested for allegedly plotting an attack against Zemmer Middle School in Lapeer, Michigan. Back in May, the trio appeared in court where a video made by the teens was played that was heavily influenced by the so-called ‘Basement Tapes’ from Columbine. If you’re familiar with the history of Columbine, this won’t be anything new.

In the film, XXXXX and XXXXX, 14, sat side-by-side in armchairs in XXXXX’s parents’ basement, smoking while describing the alleged plot to “shoot up” Zemmer Middle School and their plans to commit suicide after.

“It’ll be nerve-wracking, alright, but it’ll be the best moment of our lives,” said XXXXX.

Calling themselves “gods” and saying that they intended to “bring justice to the world, one school at a time,” the two teens listed off intended targets in the shooting, throwing their heads back and laughing to themselves.

“I thought I could I could trust someone not to [expletive] walk all over me for almost a year now, it’s [expletive],” XXXXX said in the video. “As if my life wasn’t bad enough. But you know what? It won’t matter.”

“We’re going to use a sawed-off machine gun, some pistols,” said XXXXX.

“Gonna be the best [expletive] of my life,” said XXXXX.

The pair claimed in the video that the attack would leave them with “followers” who would watch over from the afterlife.

“You know what, XXXXX, we’re gonna be in heaven, resting in peace, watching over our followers for generations to come. We will have followers, trust me … till this world is brought to justice one school at a time.”

“If not several,” said XXXXX.

In the video, the two also discussed the Columbine shooters and “Zero Hour,” the documentary on the 1999 mass murder at Columbine High School in Colorado, where two students fatally shot 13, injured 21 and subsequently committed suicide.

“We’ll be resting with them,” XXXXX said in the video, laughing.

As usual, I’m not naming these kids because that’s the kind of attention they crave with this kind of behavior.

As far as the video is concerned, it makes me laugh. These kids are in middle school and consider themselves gods? Please, you’re far from gods, you’re not even acolytes. You’re just another group of plebeians who think they’re being edgy by emulating the Columbine cowards Harris and Klebold. You’re not the first and sadly, I’ll doubt you’ll be the last. You know nothing about the real world and obviously have little to no parental guidance in your lives.

Speaking of parental guidance, guns were kept in two of the homes by parents, but by all accounts the weapons were secured. However, that doesn’t mean that any security measure couldn’t have been circumvented by the teens. It wouldn’t have been the first time a kid has gotten hold of the key to the gun locker and took the weapon to a school.

Thankfully, the trio have been charged as adults and are looking at life sentences on attempted murder charges. Instead of gods, they’ll just be numbers, collect-calling their parents for commissary money.