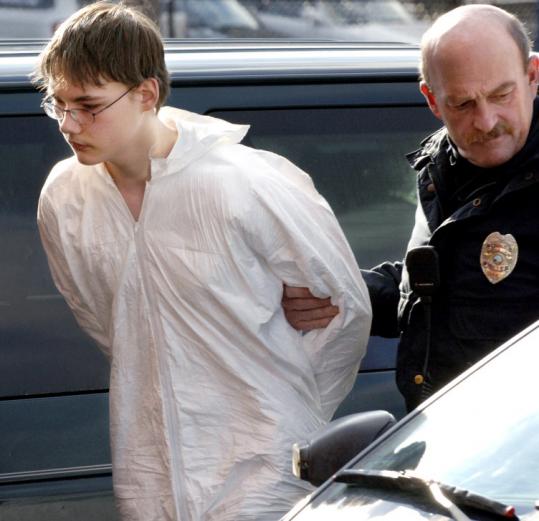 In 2007, 16-year-old John Odgren brutally stabbed to death 15-year-old James Alenson in a bathroom at Lincoln-Sudbury Regional High School in Massachusetts. Odgren had an unhealthy obsession with knives and crime scene forensics and often bragged to classmates that he could commit the perfect crime. He was recorded in prison conversations with his parents admitting that it should only be manslaughter since he didn’t know his victim. Odgren’s attorney argued that since Odgren had Asperger’s Syndrome that he wasn’t in his right mind which, in my opinion, is an insult to Asperger’s patients. However, that defense was not effective as Odgren was sentenced to life without parole in 2010.

In 2014, the Massachusetts Supreme Court ruled that life without parole for teens was unconstitutional which means Odgren would be eligible for parole at some point. Odgren’s legal representation is now arguing for a new trial for their client. Their argument, once again, revolves around the jailhouse recordings obtained when Odgren spoke to his visitors. On those tapes, Odgren could be heard coherently discussing the murder and claiming that the charge should only be manslaughter since he didn’t know James Alenson prior to the murder. His defense is arguing that the tapes were played for the sole purpose of stoking revulsion toward him.

I don’t think the tapes were needed for that as Odgren’s crime was already revolting. He intricately planned out what he thought would be the perfect crime and even tried ‘assisting’ forensic investigators once they reached the scene. He even tried feigning amnesia while in custody. It’s bad enough that he’ll be up for parole in 2022, but a new trial is not only unwarranted but it would be an insult to the family of James Alenson. They can’t appeal his unwarranted death sentence.